So far summer has been a washout, quite literally. And although we’ve all been hoping and expecting it to get better, it actually seems to have gotten worse. As Brits we’re used to having a bit of rain in the summer months, but when you’ve had more rain in the last 2 months than you did in the whole of winter, you know Mother Nature has got her wires crossed. 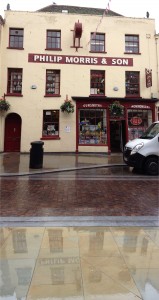 Some areas of the UK have already seen more than 250% more rain for the month by mid-July than they’d normally expect within the whole month, and June was recorded as the wettest June in over a century, since records began in 1910. The rainfall measured between April and June is also the wettest recorded period in the UK.

Unfortunately for a lot of people, the summer is when they expect to make the most money; Country Shows and Game Fairs provide the space for a lot of businesses to get together for an event, and sell a bulk of their stock. So far this year a number of important Country and Game Fairs have been cancelled, including the CLA Game Fair. This has meant that a lot of small businesses will not make as much money as they would expect, which could impact on whether they can exhibit at shows next year.

Even high street retailers are slashing prices on their summer stock in an effort to sell it, with some of the highest discounts ever seen for July. It is almost certain that the stock will sell, but at what cost to the retailer?

And it’s not just retailers and exhibitors. Farmers are suffering huge crop losses with the ground saturation waterlogging their fields, meaning that root vegetables are rotting, and some fruits are splitting from too much moisture. The other problem that farmers are facing is that people aren’t buying as much seasonal fruit and salad items because of the weather, favouring winter meals instead. As if they didn’t have enough to contend with, the weather has meant slugs are thriving, adding to the crop damage.

However, it’s not all doom and gloom. It looks like the current jet stream blighting our weather is on the move, and we should be expecting better weather within the next week. Hopefully we can still salvage some of the summer, and fire up our barbecues, which have certainly been neglected. 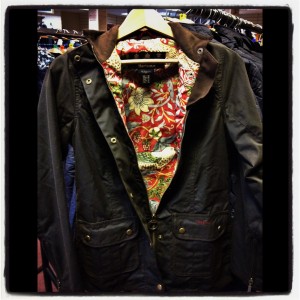 As ever, a range of Barbour wax jackets will keep you dry, and are light enough to carry around with you, should the weather turn. We are now stocking their new season Autumn/Winter range, which you can find, instore, or online. 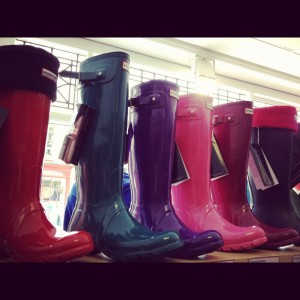 One winner of the unseasonable weather however, are wellies. We’ve sold record numbers at a time when you’d expect to sell very few, apart from to festival goers, who will need them this summer more than ever. Our new range of Hunter gloss wellies are a great success with eye catching colours such as Violet, Lagoon Green, Fuchsia, and Sovereign Purple. 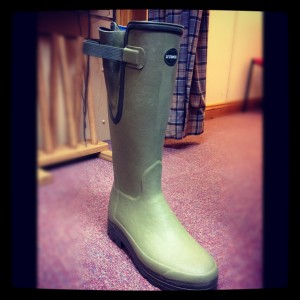 There has also been a global rise in sales of what has now become know as the ‘Kate Wellies’ – Le Chameau’s Vierzonord, for all the aspiring Duchesses to be. The ‘Duchess Effect’ has helped to boost the UK economy, and with dedicated websites detailing what the Duchess wears everyone is able to source her style for themselves.

Will we get the sun back? We can only hope so, and there is always next summer, which can’t be any worse, surely?

John Jones in Managing Partner at Philip Morris & Son. As a keen driven game shooter he takes a hands on role in selection and development of the Philip Morris & Son Country Clothing range. With a combination of technical, industry and user knowledge this puts John in a unique position to share his knowledge of the best and worst products available.
View all posts by JohnJ →