Home Christmas A Guide to Preparing for Christmas – Part 1

A Guide to Preparing for Christmas – Part 1

Christmas Puddings – do we still like them or do we have them because they’re just as much a tradition as pulling a Christmas cracker? Love them or hate them, we still end up consuming 25 million every year. And with the growing number now available in supermarkets and other food stockists, is there much need to make them yourself? Personally as I spend Christmas with my family, I know that our Christmas pudding has been made by my Dad, and the Christmas cake by my Mum on 24th September, giving them 3 months to mature.

Christmas is the time for traditions, and if you’ve never made a Christmas pudding, we’re here to help. Firstly, a good quality pudding basin. Our range of pudding basins start from £2.10 for a 9cm/3.5” all the way up to £5.75 for a 20cm/8” basin, with 3 other sizes in between, and can be found instore. These are homemade by Kitchen Craft, and are traditional stoneware, which are oven, microwave, freezer and dishwasher proof, providing great versatility. 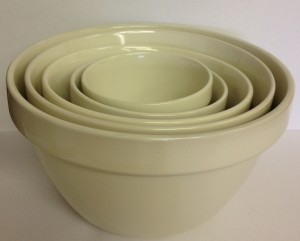 Once you’re ready to make your Christmas pudding you will need to have a pressure cooker to cook it in. Most of the cooking is done before Christmas day, meaning you only have to pop it back in the pressure cooker about 1 hour before you want to serve it, but always check cooking times depending on the recipe you are using.

Christmas cakes come in all shapes and sizes, but fundamentally they are the same – a fruit cake under a layer of marzipan and icing. The Christmas cake has had a long journey from its origin as plum porridge, which later evolved to include dried fruit and spices, and around the 16th Century, butter, flour and eggs were added to the mixture, which was then tied up in a cloth and boiled. The result was plum pudding or boiled fruitcake depending on the ingredients the household had. 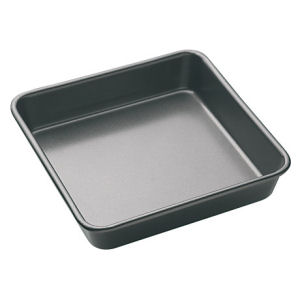 There are a great number of different cake pans available on the market, but we love the Master Class range from Kitchen Craft. They are non stick and have a loose base so that it is easy to get your cake out. Their cake pans are round or square and go from 15cm/6″ in diameter upto 30cm/12″. The great thing with fruit cake is the fact that it can be made in advance, which only improves the flavour, and rich colour. 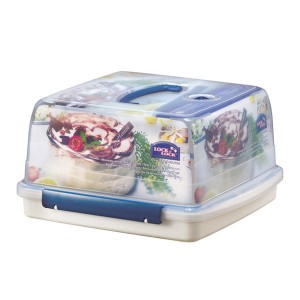 If you have to transport your cake, Lock and Lock do a great cake storage box with a handle, and the best thing about this box is that it is hassle free when you get your cake out because the main body of the box comes right off, leaving the base, which includes a raised plastic platform for the cake to rest on.

Mince Pies – finally, how can you think about Christmas without the humble mince pie? Originally made with meat, suet, fruits and spices it was called a Christmas Pye. It wasn’t until the 18th Century when cheap sugar became available that the mince pie became sweeter, and gradually meat was no longer used in the recipe.

It’s likely that over 300 million mince pies will be eaten over the festive period – and those are just the ones which are shop bought! If you want to make your own, a range of different sized pastry cutters will form the shape of the pies, and traditionally the pastry lid is star shaped. A good quality baking pan is needed to hold the pies while they cook, ensuring they will hold their shape when stored.

With a lot to think about in the coming months, early preparation will make for a less stressful Christmas, giving you more time to enjoy the season, whatever you do.

Dean is the E-commerce Manager at Philip Morris & Son. He looks after the day to day running of the website and the online marketing for the business. He's keen to provide information to prevent anyone having to ask for it and the blog is an ideal outlet for all interesting data and a source for all that look for it.
View all posts by DeanJ →